Is Roger Federer the so-called GOAT, the “greatest of all time”? Arguably yes. What is certain, however, is that he has won the most grand slam titles. But how does his career development compare with those of his current rivals? Is he an early starter or late developer? A swissinfo.ch graphic looks at the evidence. 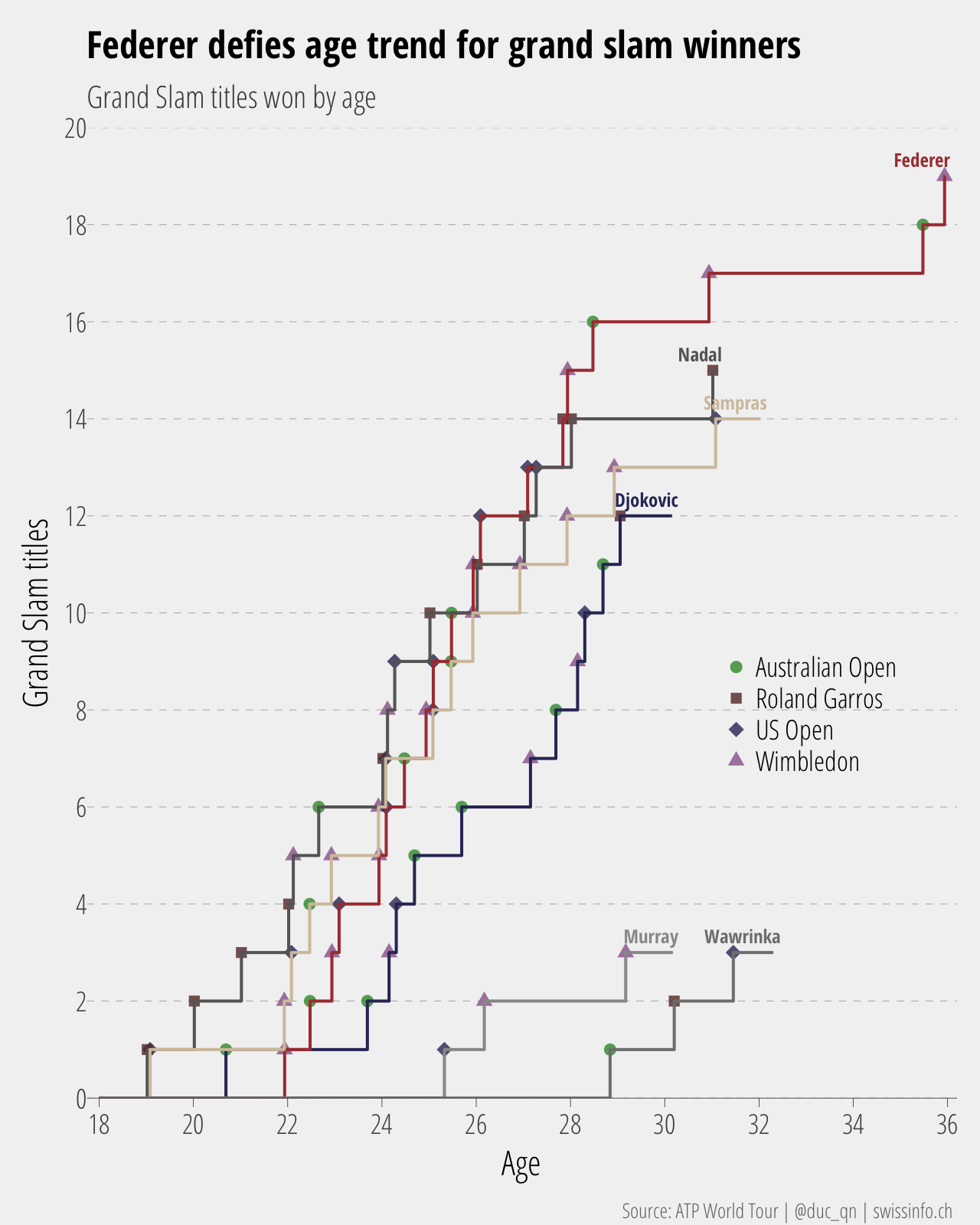 Federer isn’t the oldest person to win a grand slam tennis title in the Open Era (Ken Rosewall was 37 in 1972), but the 35-year-old Swiss, who won a record-breaking eighth Wimbledon singles championship by defeating Marin Cilic in straight sets on Sunday, lifted his 19th trophy at an age when most professionals have retired.

That said, he was hardly an early starter: he won his first title (Wimbledon 2003) when he was a month short of 22 (Mats Wilander, Boris Becker and Michael Chang were all 17). Several grand slam winners still in action won their first title at a younger age, including Novak Djokovic, Rafael Nadal and Juan Martin del Potro.

But once Federer started winning he couldn’t stop and, along with Nadal, dominated grand slam finals until around 2010, when Djokovic, Andy Murray and Switzerland’s Stan Wawrinka – a definite late developer – finally had their turn. Wawrinka won the first of his three grand slam titles at the ripe old age of almost 29.

The complete history of every No. 1 male tennis player

This content was published on Sep 6, 2017 Sep 6, 2017 How do the different tennis champions compare? We summed up the complete history of all the number one ranked ATP (Association of Tennis...

The much-lauded Swiss quality of life has a dark side - namely levels of consumerism and convenience that jack up the national carbon footprint.